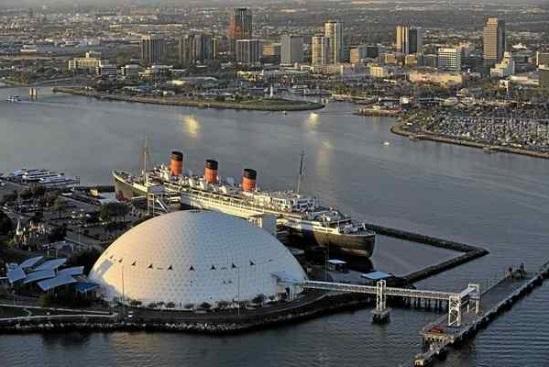 In January 2016, the City of Long Beach approved a 66-year lease contract for the Urban Commons, a Los Angeles based investment company, to take over the master lease for the Queen Mary and about 43 acres of surrounding waterfront land. Urban Commons plans to develop the site turning it to an iconic and world class entertainment venue. 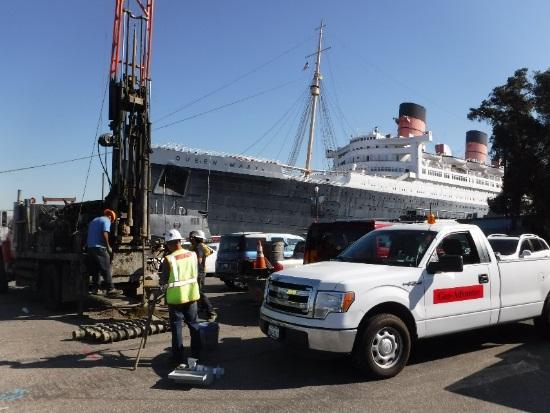 The improvement at the site would include design and construction of about 500,000 square feet of retail buildings, hotels, parking structures, and entertainment centers. Geo-Advantec Inc. conducted a comprehensive field exploration program, followed by extensive laboratory testing and engineering analysis, and provided a comprehensive geotechnical engineering report which will be used as the basis during design and construction phases of the project.

The Los Angeles County Metropolitan Transportation Authority (Metro) completed a Feasibility Study analyzing and identifying several “hot spots” along the SR-91, I-605, and I-405 corridors. These “hot spots” are chronic traffic congestion areas and causing the flow of traffic through out the area to slow down to a stop. One of the improvements proposed by Metro and the California Department of Transportation (Caltrans) in collaboration with the Gateway Cities Council of Governments and the San Gabriel Valley Council of Governments for the I-605 Hot Spots was the Lakewood and Alondra intersection. The intersection was among the “Top 40” intersections selected for initial improvement evaluation. Geo-Advantec provided Initial Site Assessment (ISA) report and Pavement Engineering Study for the project.

Geo-Advantec Inc. (GAI), provided the Initial Site Assessment (ISA) for the project. The scope of the work included but was not limited to review of physiographic information including regional geology and hydrogeology, review of topographic maps and aerial photographs, review of site history and land use within the Site vicinity, review of federal, state, tribal, and local government agency records. Also, by conducting several borings/coring through the pavement section, necessary data about the existing pavement section and subgrade soils were collected, a preliminary geotechnical and pavement engineering report was prepared and the new pavement section was designed. 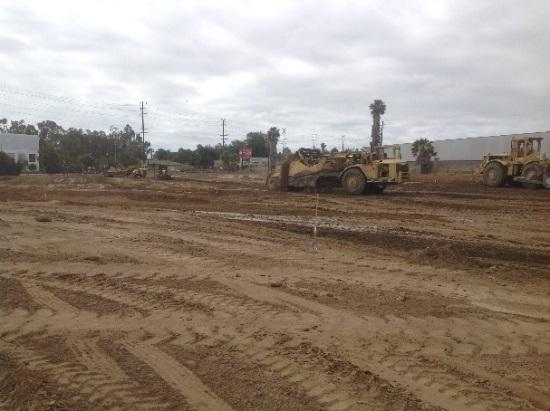 City of Torrance intended to construct a Transit Park and Ride Regional Terminal to create a strategically located, multi-modal facility that meet the regional needs of South Bay residents. The project was to improve regional mobility by linking Torrance Transit routes with other regional providers in the Transit Terminal. The Phase I of the job included rough grading of half of the existing fifteen-acre undeveloped site, located at 465 Crenshaw boulevard, which would be dedicated to the Transit Terminal.

The City of Torrance retained Geo-Advantec for grading observation and soils testing of different components of the project including proposed one-story and two story buildings, bus platform, canopies, and pavement of the designated areas. To complete the project, about 45,000 cubic yards of soils were imported to the site. The purpose of testing and inspection operations was to verify that the completed work complied with the project plans, specifications, special provisions, and geotechnical recommendations.

In January 2015, Geo-Advantec began working on a mass grading project in the LAX. The project included grading operations for a large area located on the west end of the airport and included grading for a large-span hangar for Qantas Airline, with a footprint of about 110,000 sf. The job included raising the existing natural grade to the designated elevation by placing and compacting of up to 30 feet earth materials.

Geo-Advantec performed as the geotechnical 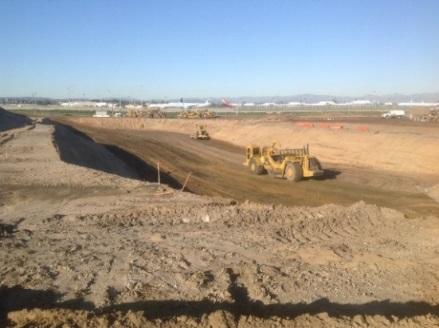 engineer of record (GEOR) for the project and provided qualified Deputy Grading Inspectors certified by both ICC and the City of Los Angeles to monitor the grading work, and perform field density testing on a daily basis. Also, during the construction of Aprons and taxiways carrying mega planes, we performed concrete inspection. The beam samples of concrete were casted and tested for flexural strength in our laboratory.