Washington Boulevard is a major east-west corridor that serves as one of the significant connectors between the I-710 and I-5 Freeways carrying approximately 35,000 vehicles per day, 25% of which is truck traffic.

This segment of roadway is the key link in the regional movement of goods from the ports of Los Angeles and Long Beach to the terminals of the Union Pacific Railroad and Burlington Northern Santa Fe Railways. The job was a reconstruction 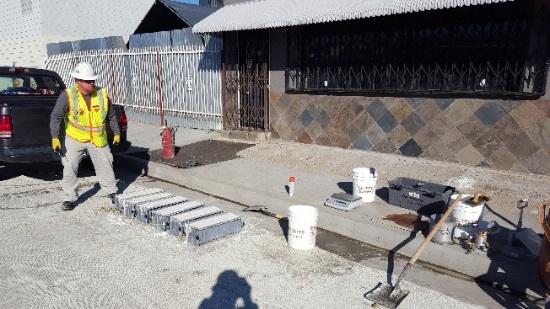 and widening project covering a 2.7-mile segment of Washington Boulevard between Indiana Street to the Santa Ana (I-5) Freeway. The project was to improve truck circulation and current level of service operations by reducing delays and traffic while improving the overall air quality. It would widen the mentioned segment from two lanes to three lanes in each direction, which would allow for an increase in the turning radius and larger medians for better traffic flow.

Geo-Advantec was selected as the Caltrans certified laboratory and provided field inspection/testing and laboratory testing in compliance with Caltrans Local Assistance Manual. Our team performed testing and inspection on flexible and rigid pavements per the project/Caltrans requirements. We also measured the compressive and flexural strengths of different types of concrete pavement components. The project duration was about 24 months and the construction cost was approximately $30M. 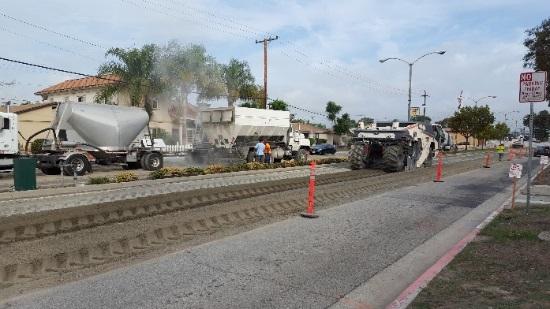 Eastern Avenue carries a high volume of vehicular and truck traffic. The project included one mile stretch of pavement from Steven’s Steakhouse to the city limits on Bandini Boulevard. In addition, the Annual Sidewalk Maintenance Program repaired approximately 700 feet sidewalk displacements throughout the entire city. Based on the studies performed by Geo-Advantec, different rehabilitation alternatives were suggested and due to the time limitations, as well as economy of the project, the Full Depth Reclamation (FDR) alternative was selected. The pavement section comprised of HMA over 3 inches of Cold Central Plant Recycled (CCPR) asphalt being supported on 16 inches of Reclaimed Cement Treated Base (RCTB) was selected.

Geo-Advantec performed geotechnical/pavement engineering study and provided during construction services including laboratory materials testing and field inspection on all facets of the work, i.e. reclaimed cement treated base layer, reclaimed asphalt and the capping HMA. 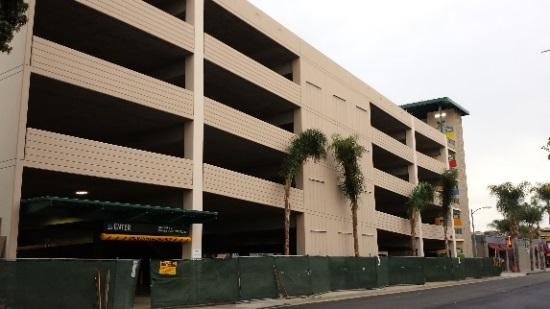 Geo-Advantec provided soils monitoring/observation, special inspection, and material testing for a 5.5-story Parking Structure at the North 1 st Street of the City of Alhambra. The structural system of the proposed parking building comprised of post-tension decking supported by reinforced concrete columns resting on spread and strip footings. The perimeter concrete walls were constructed using shotcrete method. 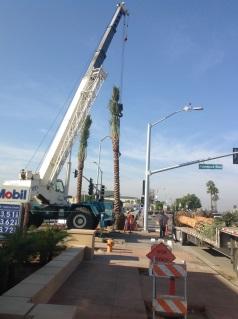 The project consisted of streetscape enhancements on Rosemead Boulevard to improve safety and aesthetics within the Temple City right-of- way. The proposed improvement was over approximately 2 miles of road, from the southern city limit with the City of Rosemead at the UPRR railroad bridge to the Northern city limit with the County of Los Angeles at Callita Street. In general, the project features included Removal and replacement of existing sidewalks, asphalt pavement, concrete pavements, curb and gutters, curb ramps and existing short retaining walls, construction of localized decorative pavements and crosswalks, removal and replacement of drains and installation of new drain system, installation of new irrigation system lines, improvement of underground utilities, installation of traffic signals and traffic signs, construction of bus shelter, median hardscape, and installation and improvement of street and pedestrian lightning.

The project was federally funded and performed under the Caltrans oversight. Geo-Advantec provided the resident inspector of record services for the project. The duration of the project was about 16 months and the construction cost was about $18M. 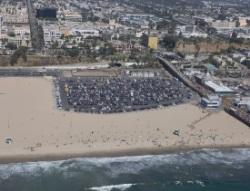 In 2012, Geo-Advantec conducted a comprehensive geotechnical study for a proposed three-story parking structure to be constructed at 1543 Ocean Front Walk, Santa Monica, California. The site was along and within a close distance from the shore line and our study on the site location concluded that the underlying soils strata at the site consisted of materials susceptible to liquefaction. In addition, regional seismicity and presence of major active faults was considered a signification hazard source in the site vicinity and required a thorough seismic hazard study at the site. The investigation was completed in a short time and the final report included our assessment of the site condition, post-liquefaction settlements at the site, and different mitigative alternative for earthquake-induced settlement.